Monday with Mom: Getting Caught when Guilty

I’ll try to get back on track with my original thoughts that I wanted to share when I began doing this. I do want to share some of the “prayers” I’ve had for both of you. Today’s prayer is probably the most unusual and even a little bit humorous. I’m sure you’ve heard me even mention this over the years.

The prayer was simply, “Pray they will get caught when guilty.” When I first read this in the list of things to pray for your children, I was trying to figure out why I should pray this. Do I want you to get in trouble? Do I want others to see that my children are far from perfect? (I’m sure most people know that you aren’t perfect)

The funny thing is that I’ve seen this prayer answered over and over again in your lives. In fact, I’ve probably noticed this more than any of the other prayers on my list. Maybe I’ve just been extra sensitive about it. While I can go back in a moment to several specific instances, I’ll spare you the details. There are even times when I’ve known something you’ve done and you have no idea that I’m even aware. Somehow, mothers just seem to know. (or we have a really good network of friends who like to tell me!)

No matter what the circumstance, it’s something that I think is important in your spiritual walk. I see a lot of people, especially people who hold positions of authority and power, who think they can “get away” with their secret sin. While some of them have avoided being caught for a season of time, almost all of them have been exposed. If you can learn at a young age that you can’t hide from sin, it will prevent you from many temptations and heartaches in your life. And even if you think dad and I might not be aware of something you’ve done, God sees everything. There’s a verse I learned while I was in college and it has stuck with me all these years. It’s a great reminder that God is seeking those whose hearts are committed to Him. 2 Chronicles 16:9, “The eyes of the Lord range throughout the earth to strengthen those whose hearts are fully committed to him.”

You have Successfully Subscribed!

Retreat registration is open! We want you to come! It’s a great weekend to getaway, spend time in the Word and worship the Lord with ladies across the state. bgcowomen.org/retreat This event has sold out the last two years. Gather up your friends and get registered! 💗 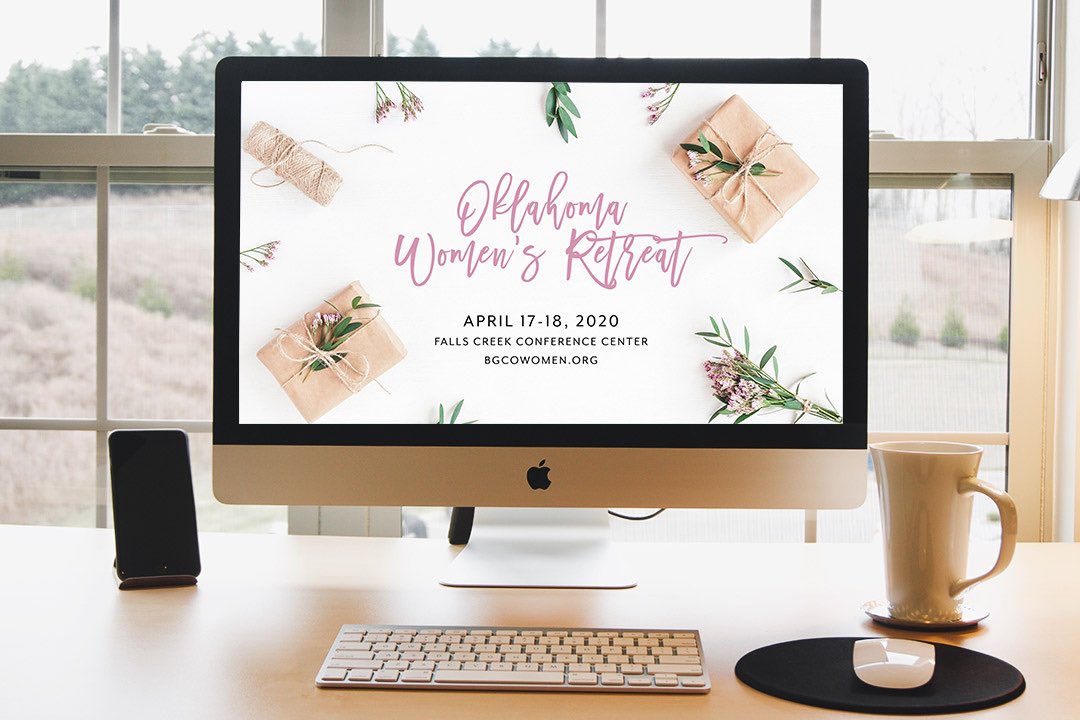 Today is the last day to register for the Missions Dinner at Annual Meeting! Join us Monday, Nov 11 at 4:45pm in the gym @QSBC. Pastors and ministry leaders - this is a great opportunity to get involved with partnership missions! Dinner is $15. bgcowomen.org/2020advance/

Registration for the Oklahoma Women’s Retreat opens on November 4th at 10am. We can’t wait to see you there! The cost is $75 for adults and $50 for students (ages 14-17). Find more information at bgcowomen.org/retreat! More speakers will be announced soon! 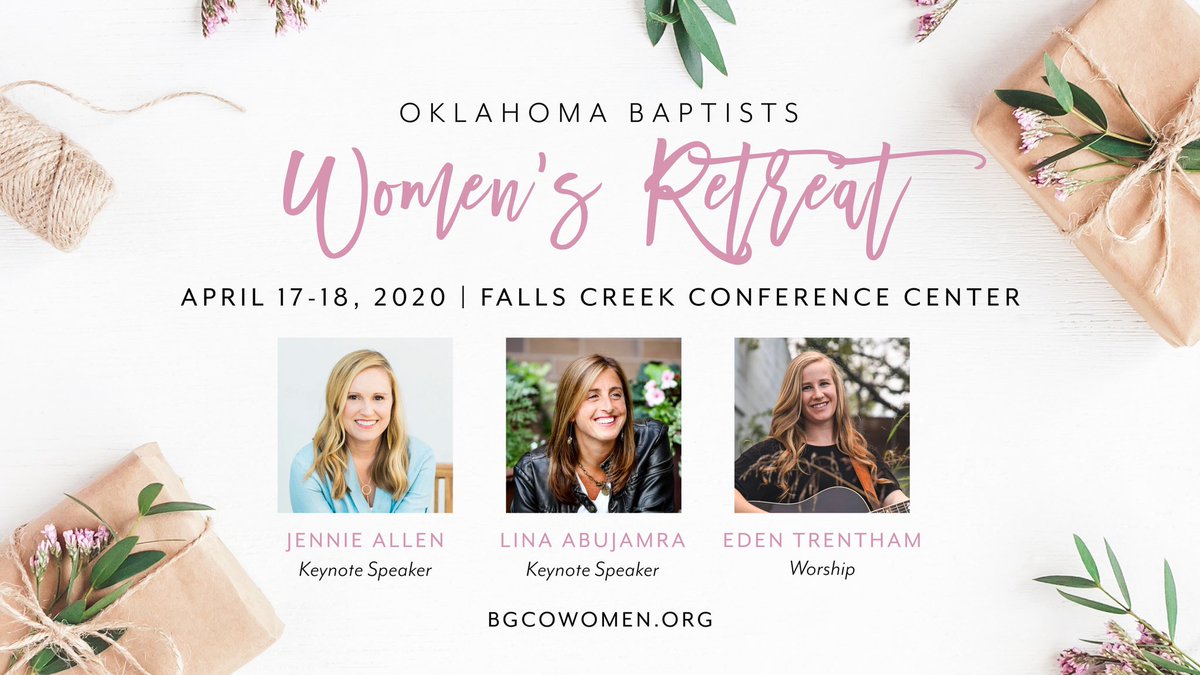 We are looking forward to being with you at Annual Meeting in November! We have several missions events and gatherings happening. To get more information and to register for the Missions Dinner, visit our website! bgcowomen.org/2020advance/

We are getting excited about September! The registration deadline for the OKC event is this Thursday. Invite your entire women's team to join you! bgcowomen.org/leadershipforu… 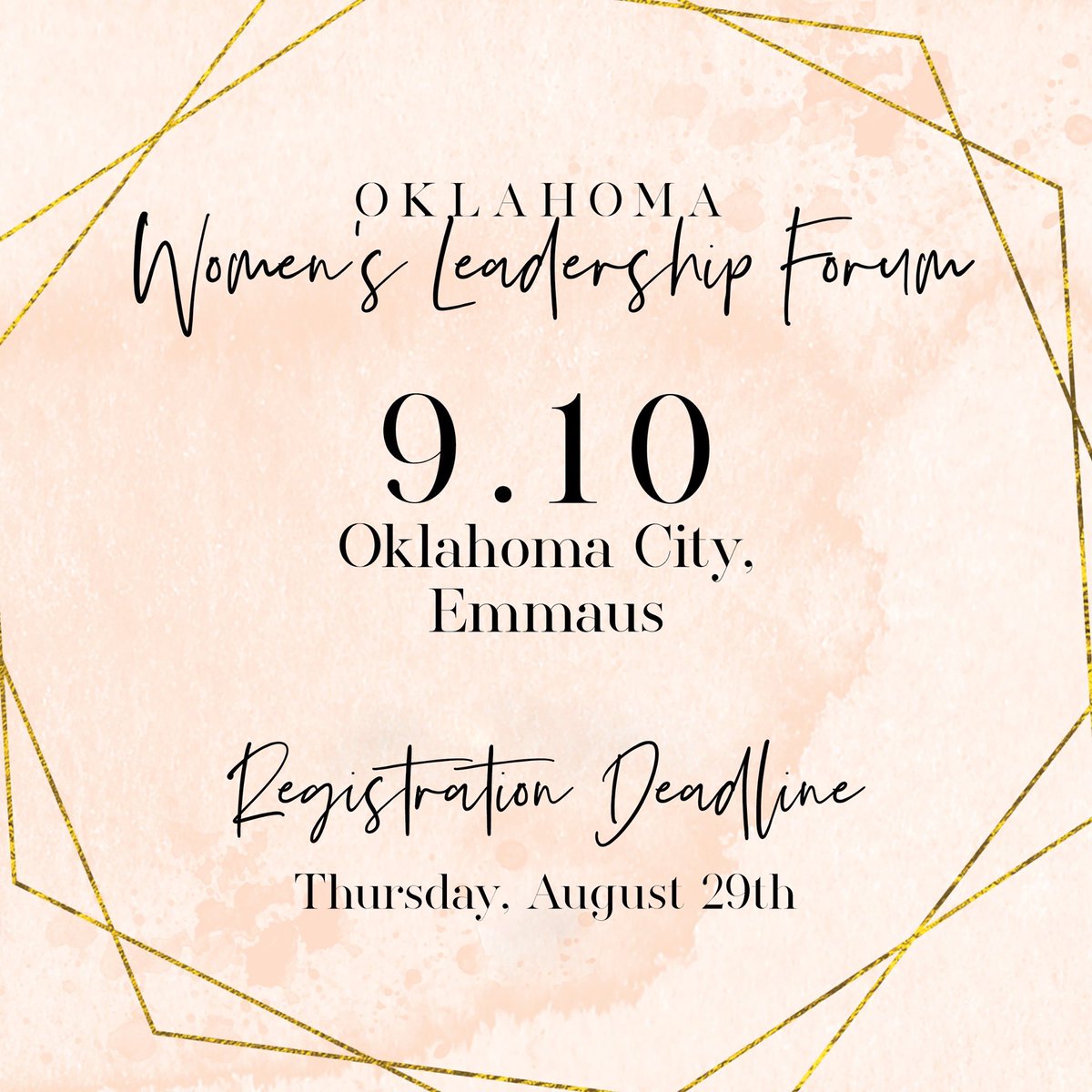 The McAlester Women's Leadership Forum deadline is in TWO DAYS (Thursday, August 22nd)! Hurry and register! The resource box is unbelievable. You will not want to miss this event! To register for McAlester or the 3 other locations, visit bgcowomen.org/leadershipforu… 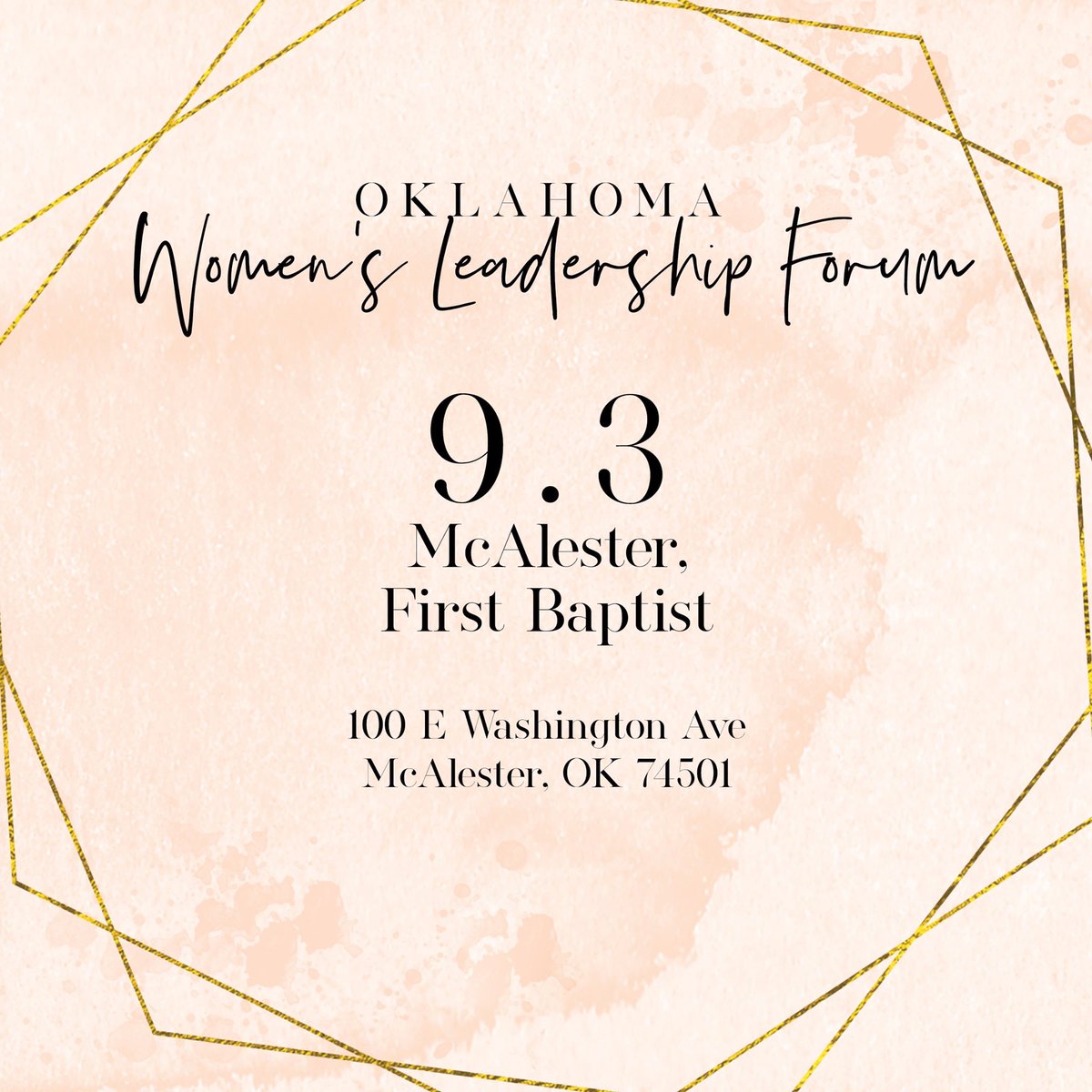 We are looking forward to gathering with Ministry Wives on September 20-21 in Tulsa at First Baptist Church! It’s the perfect getaway and time of refreshment! More information is on our website at bgcowomen.org/ministrywivesw…. 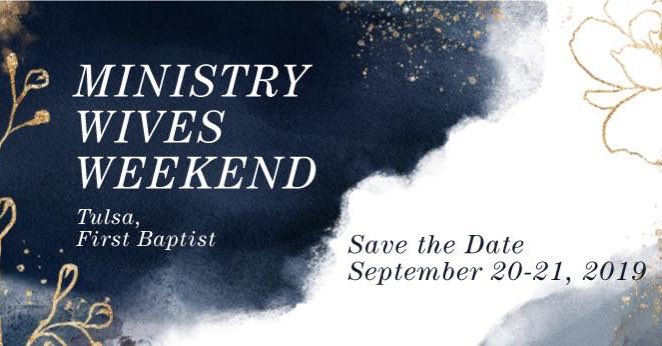 Join us at 1 of the 4 Women Leadership Forums in September! All women are invited to attend no matter your place of service. $35 includes dinner & great resources. More info is at bgcowomen.org/leadershipforu…

August is Ministry Wives Appreciation Month! Listen to Messenger Insight for ideas on how to encourage and pray for the ministry wives in your church! podcasts.apple.com/us/podcast/bap…